a few months ago we released a new RM3100 magneto-inductive magnetometer called PYXIS, designed for CubePilot. 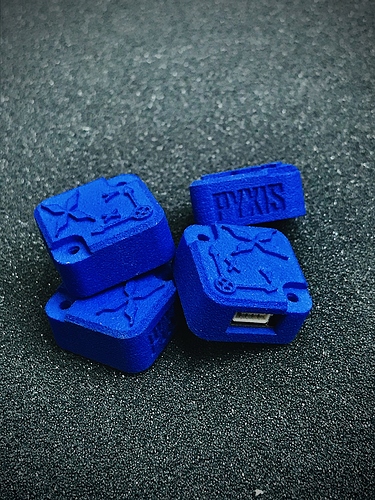 We started researching for new solutions because we had a new, very noisy, and tightly packed copter which was flying very unreliable on inbuilt and GPS compasses.

The struggle continued for a few months until we found out about RM3100 IC.
It’s very unusual (at least at this scale) device based on magneto-inductive technology instead of Hall effect.

Magneto-inductive? What does that even mean?

Our compass has 3 separate sensing coils. Each sensor coil serves as the
inductive element in a simple LR relaxation oscillation circuit, where the coil’s effective
inductance is proportional to the magnetic field parallel to the sensor axis. The circuit works with fairly high clock frequencies providing output data rates (over 500Hz!)that would be impossible to reach with Hall effect sensors.
Since the sensor works in the frequency domain, resolution and noise are established cleanly by the number of internal clock counts. In comparison, fluxgate and MR technologies require
expensive and complex signal processing to obtain similar resolution and noise.
It’s so precise that some companies decided to use them in microsatellites!

Was it tested? What about performance? 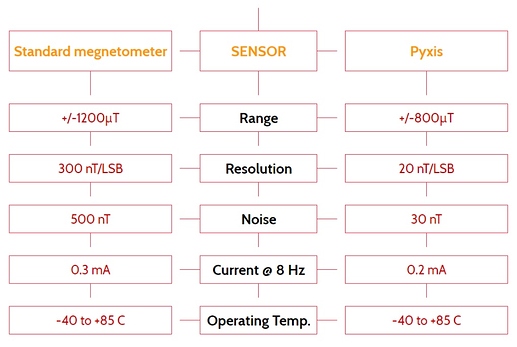 pyxis1019×684 87.4 KB
We’ve internally tested it on multiple copters and airplanes before sending them to independent testers in the EU and the USA.
At first, we couldn’t believe that a compass technology can make such a big difference so we designed a 3D printed copter with the noisiest ESCs that we could find and placed them underneath the inbuilt compasses. The result? The copter was unable to fly (few crashes were made

) - after changing to PYXIS our copter was happy again

Better flight performance was reported by our partners and independent testers.
Here’s what one of them wrote "Purposely mounted directly on the airframe in a bad electromagnetic location. Rock-solid so far with minimal offsets!"

Like every other compass it needs preflight calibration from time to time/in a new location but its noise rejection is simply much better.

Currently, it’s the smallest magneto-inductive, Cube ready unit on the market - 22.5x22.5x11mm and weight below 5 grams (3.7g on average) without the cable. 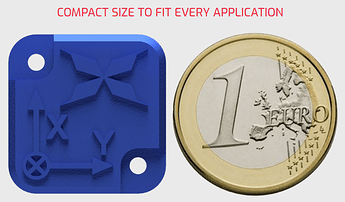 Currently, the sensor runs on the I2C bus but we are working on the UAVCAN version in the same form factor!

Distributors wanted!
We already sold a nice amount of those little units but it takes long time for them to travel anywhere outside the European Union + it would be more convenient for us to focus on new product development (we got some new product ideas, some of them in testing phase

- all meant for easy CubePilot integration).

We have all the supply chain, assembly etc. fiugered out and we are ready to start “mass” production but we need to have a distribution partners. (We could also license the design for local production).

We’d love to make it available for the whole community but it won’t happen without a little help.

Also, we’d like to donate some percentage of the income to the ArduPilot devs to appreciate their hard work (it was a real pleasure to meet some of You in Dalby during Medical Challenge

More information and contact:
In case of any questions, etc. you can contact us here or via email: contact@flyfocus.pl
More info about the compass can be found on our website: https://flyfocus.pl/pyxis/
and in our webshop: http://store.flyfocus.pl/pyxis-magnetometer-i2c-version

You have the product listed as BACKORDER

Any idea when it might be available?
Why the high price on these as it is more than double that of a whole GPS unit with compass?
It sounds interesting but without real world testing all the stats in the world doesn’t help.

Yes, it is listed as backorder due to the whole virus situation and supply chain mess + we’re not going to run a mass production without proper distribution.

What GPS module are You referring to?
The price comes simply from the manufacturing costs - these IC’s are quite expensive + they need special care during PCB assembly. We do not earn much on selling that tbh. We simply created something that’s useful for us and wanted to offer that to the community.