Can't find how to connect my radio receiver to orange cube

I have a orange cube and my radio receiver is a FrSky L9R.

I tried to connect it via sbus ports but nothing move on Mission planner when I try to calibrate channels.

Please can comeone tell me if it is compatible, and if yes, where do I need to plug everything (RSSI to RCIN ? SBUS to SBUSo ?) Cause I didn’t find anything to help me.

By the way, I also had 5 wires to connect channels to ardupilot but there is no input pin on the orange cube so I don’t know what to do 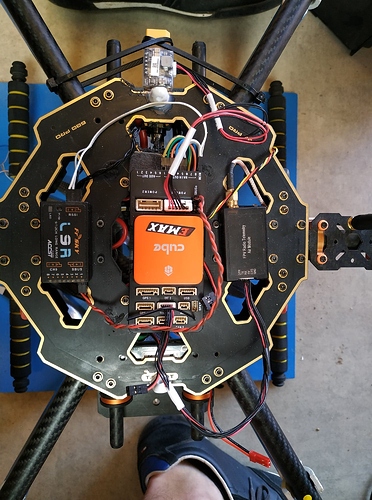 Here is what i tried 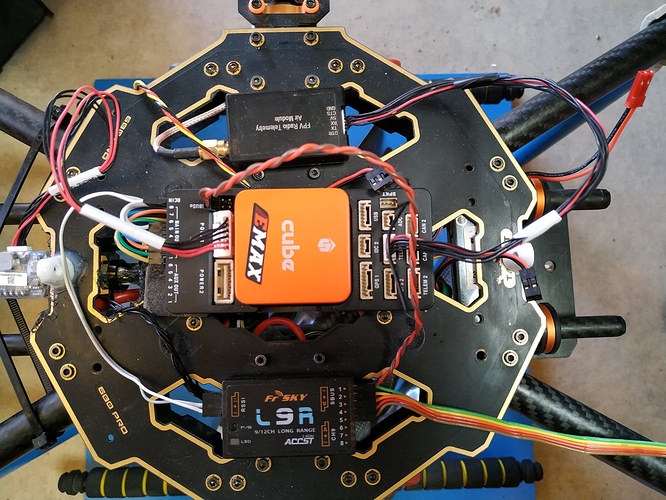 SBUSo = SBUS out, not in

plug your rx cable into RCIN

Rssi is also an output, so where should I plug it into ?

Where you connect motor. First pin is RCin use that pin for sbus

Yeah I did that for the sbus of my receiver, but I think I need to plug rssi too …
For the moment I plugged my sbus receiver to Rcin of the cube, but it was the place that I used for Rssi so rssi must be somewhere else… but where ?

Here is what I done after your help : 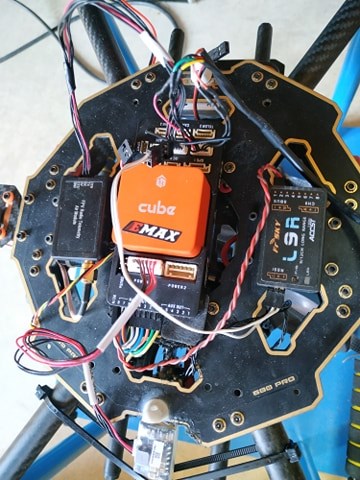 The cable that goes from “RCin” of the Cube to “SBUS” of the receiver should be 3 wires, (Signal, +5v, 0v) so it can power the receiver.
RSSI can be left aside for initial setup, but with a multirotor and L9R you wont be able to buy a battery big enough to fly out of range - just be sure your receiver antennas are set up optimally. Usually the RSSI connector would be plugged into one of the AUX ports and then you’d have to set that port accordingly:
https://ardupilot.org/copter/docs/common-rssi-received-signal-strength-indication.html
You should probably do a range check anyway - check the FrSky doco for how to do that.

EDIT:
FRSKY docs: Analog RSSI output (0~3.3V)
So it could theoretically plug into the ADC port
But as I said, RSSI should probably be the least of your concerns if antennas are positioned well and you’ve done some range checks.

Okay, thank you so much

All working, thank you for all