Hi,
I bought the pixhawak 2.8.4 black Cubes which was work fine unless the last time I update the firmware to ArduCopter V4.0.0 through MP 1.3.7 and then it halts to working
I went through a similar thread and trying to follow their solution but no success
how can I fix it or roll back to previous stable firmware
BR

What is the issue it’s saying in mission planner ?

What cube do you have exactly ?

this is cube I bought 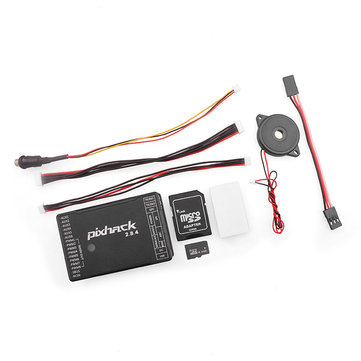 Pixhack 2.8.4 32-bit Flight Controller Based on Pixhawk Autopilot For RC...


and this is outcome when I connect to the board 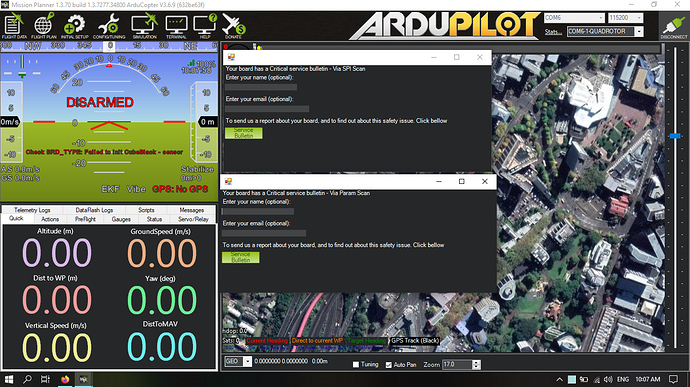 Sorry but that is not a Cube or ProfiCNC Board or product.

I would suggest you ask on the Ardupilot forum as the service bulletin does not refer to or affect that.

The saga of “fmuv3”. Everytime MP detects a fmuv3 board, it pops a “Is it a Black Cube ? Yes/No” window. And every pixhawk clone out there with a STM32F4 rev3 is a fmuv3.

You bought junk hardware, sorry, that’s not our product, it’s not a cube, it’s not real.

The saga of “fmuv3”. Everytime MP detects a fmuv3 board, it pops a “Is it a Black Cube ? Yes/No” window. And every pixhawk clone out there with a STM32F4 rev3 is a fmuv3.

No, I am the designer of the FMUV3! And the only genuine FMUV3 boards are pixhawk2 cubes from Solo, or the Cube Black/green/blue.

But as the manufacturers use a USB VID in their bootloader that is not theirs, mission planner cannot know exactly what hardware it is.

The VID detected is the one belonging to 3DROBOTICS, so unfortunately it must be checked to see exactly what the board is.

The first batch of cubes were made by 3DROBOTICS, so this is why we have some confusion here.

On this site however, it’s a little irrelevant as this site is only for the support of Cubes.

I thought ,it is open hardware , that’s why many chines vendor reproduce it so it should be firmware error only

it is open source and that is a cube made from another company. pixhawk, pixhack, pixracer, Pixhawk cube, cube, cube nano, blah blah means nothing, most of them do share quite “similar” hardware, some with newer components or a new flare to something such as H7 but many are open source some have been closed as of recently to keep the fake Chinese clones away. I’d refer you to here for further information as you will not get any help here as @philip has already stated, this is not his product!