While using px4 firmware with cube Orange, the orange LED between cube and carrier board blinks continuously. While using ardupilot firmware it doesn’t show up.

Want to know it’s just a regular thing or an issue. 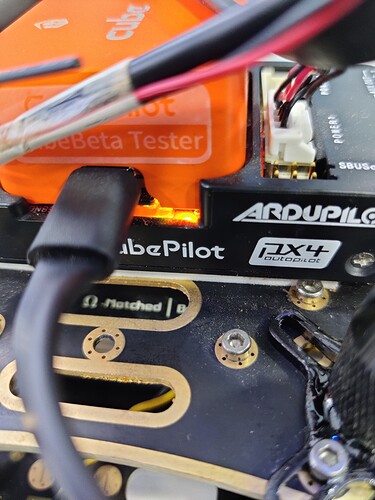 I have tried on my Orange Cube. The orange LED no longer blink after I had selected an airframe. But the solid green LED is still there.

For me even after airframe selected, orange LED blinks continuously and Green LED is steady.

Can you try to calibrate the accelerometer and compass? See if the red LED will be gone.
If you don’t see the red LED in Ardupilot, it’s probably not hardware issue.

And I have three cube Orange, everything behaves same