Hi,
We have to build a quad last year and tested it in auto mode which resulted in crashing last year, uploaded the logs and till date, there was no confirmed reason for the crash.
Now again I was trying to fly the same quad after again putting it in one piece.
As I have already seen and read a few posts regarding large drone crashes in auto-tuning, Thought to do manual tuning.
While doing that and testing it with default PID values and giving more than 50% roll it started oscillating too and fro and somehow I controlled it and landed it, Again when I take off in stabilise mode again started oscillating on moving roll stick quickly. It flies well and even hovers well in loiter mode but once it gets roll or pitch quickly it starts to move like a pendulum and no mode switching or giving throttle works, seems like it does not take input in that scenario and crashes.

attached the logs kindly look into it.
Here is the drive link - https://drive.google.com/open?id=18ZpZbvHLN2Jo7HzI9z-AjoY--iJwbNSp

Hi @Akshay_Yadav are you using ardupilot on it if yes can you put this post on discuss.ardupilot.org

Hey @Akshay_Yadav
Looks like you haven’t setup the aircraft right.
Can you share more details on setup?
Main parameters with respect to Motor & ESC are missing. I don’t know how you have setup MOT_THST_EXPO leaving rest of the MOT_ params.
From the below plot, It looks like you might some twist in motor arm.
It also shows that your Expo parameter is wrong since your Hover throttle is ~35% and PWM is <1700 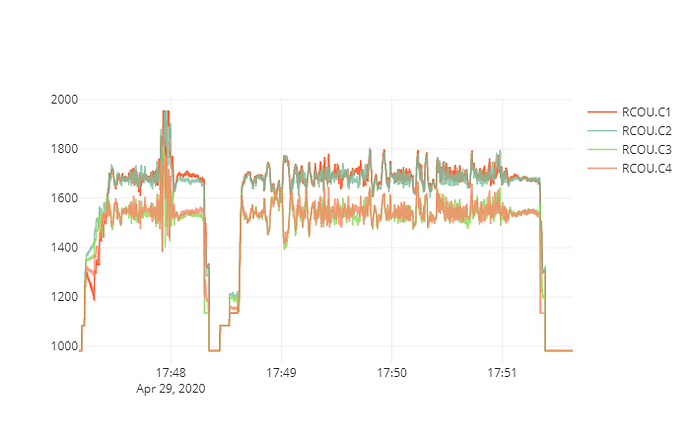