I’m trying to diagnose cause of ArduCopter EKF3/IMU failures.

I haven’t heard reports of Cube Orange IMU failures - nor do I know how possible such a failure might be. But if it’s possible that hardware problems with my Orange Cube caused my problem, CubePilot might benefit as well from troubleshooting this.

Background - about 3 weeks ago after installing a new mast for my Here3, I attempted to re-calibrate my compass in flight using COMPASS_LEARN=4. After several minutes of hovering in altitude-hold for the calibration, the copter stopped responding normally and landed rough - breaking props.

The first two flights ended unsuccessfully, again do to control problems. Fortunately, landing safely. Mavlink messages reported on my YAAPU display indicated problems with EKF3 and at least one of the IMU’s.

I then did a manual compass calibration on the ground.

The third flight, after the manual compass calibration, was successful - about 5 minutes in LOITER, including a landing.

I can’t tell if I had possibly made a configuration error, if there is a bug in ArduCopter regarding inflight compass calibration, or if there might have been an intermittent hardware problem with the IMU in my Orange Cube.

I’ve uploaded the BIN files from these three test flights. I’d greatly appreciate it if anyone more experienced and knowledgeable than me might take a look and offer any suggestions.

BIN file from flight number one:

The performance of mag on Here3 looks weird. Can you try to update its firmware again? 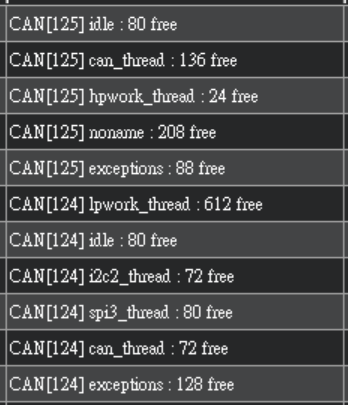 And I don’t think Here3 should spam these messages

Thanks Alvin - I appreciate your taking a look at this.

The problem seems to have cleared - So my preference is to leave it alone. But I’d like to watch for problems on future flights. Can you suggest things for me to keep an eye on?

Thank you Alvin - I’m sure that’s good advice. I’m not exactly sure how to put it into practice other than waiting a while after boot up - maybe two or three minutes. Can you please suggest good ways to ensure the IMU is heated before operation?

Hi Joseph,
Did you mean COMPASS_LEARN=3 ?

The thing I would be concerned about is vibrations, particularly X axis.
I looked in your 3rd log, pull up the map from within the log and you see the red and blue lines are nearly always diverged. The red line is where Arducopter thinks it is based on IMUs (gyro. accels) and the blue line is where the GPS thinks it is.
You’ll have to do something with the vibrations. Being just one axis it’s like something might be rubbing against the FC or wires pulled tight in one direction. Possibly even a damping system that is not working equally in all directions.

There’s some variation to number of sats and HDOP. Being under trees could explain this, but you might be best to set: GPS_GNSS_MODE,65 or 67 (depending if you have SBAS available) or even GPS_GNSS_MODE,7 - try a couple of options and see what gives you the most stable GNSS positioning.
It is easiest to use MissionPlanner to set the value, there’s a pop-up for selecting the constellations.

Waiting for it is the only way.

Your comment above is likely the most helpful and useful input I’ve received to date - I can’t tell you how much I appreciate it!

Third - It’s been a long time since I looked at the “map” feature in Mission Planner log analysis - thanks for bringing it back to my attention. It’s good to see the variance between the IMU’s and GPS. I wondering if there is a metric I can use to analyze the variances - or if I just have to get a feel for what’s acceptable.

Following the flights on my original post, I conducted flights testing my new camera gimbal by flying my standard mission for testing - I call it “Loiter and Spline” because it uses those waypoint types. I’ve uploaded the BIN file for that flight here:

Here’s a screenshot of the map - you have to zoom in to see the IMU/GPS divergence. I don’t have a metric or a feeling to know if it’s a little or a lot. I’d appreciate your guidance and advice. 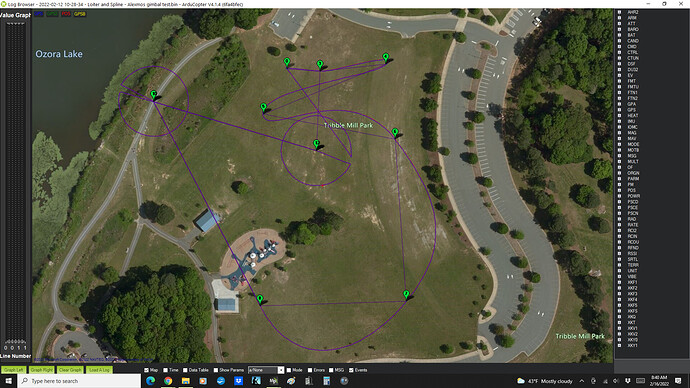 Fourth - I hadn’t yet had the chance to look critically at vibrations beyond setting up the FFT dynamic notch filter. Thank you for bringing it to front and center.

The high X vibration is apparent for IMU 0 and 1. But IMU 2 shows high Z vibrations.

I’m not sure where to start in efforts to diagnose and cure this - and don’t expect a tutorial here. I’ll search for guidance - and if you happen to know of good resources, I’d appreciate the tip.

BTW - I was interested in your comment about wiring and vibration damping. I’ve included a photo of my FC wiring. I’ve been planning on cleaning this up. The carrier board is “stuck” to the top plate of the copter using some foam tape. Looking at it now - the foam doesn’t look thick enough. I’ve heard that the Orange Cubes can/should be rigid mounted to the copter frame. What’s your take on Orange Cube mounting? 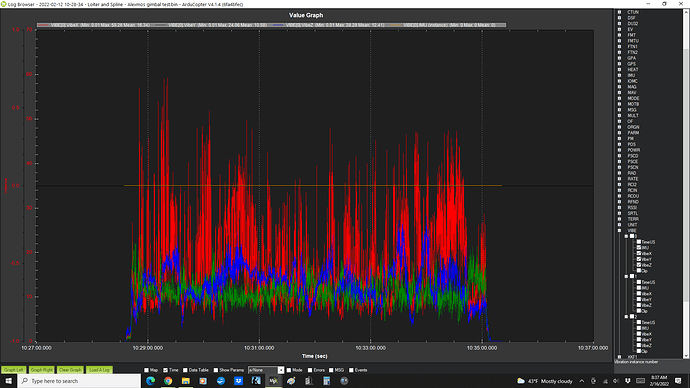 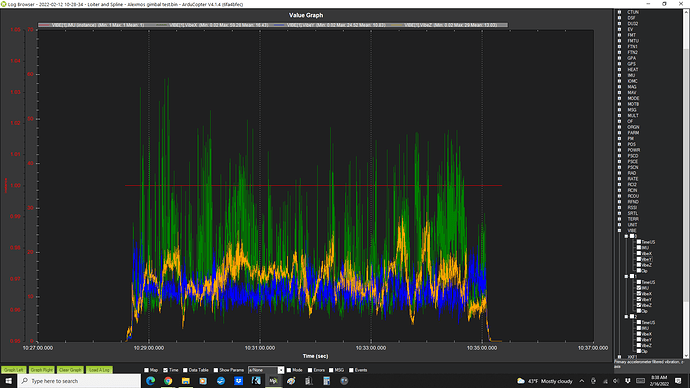 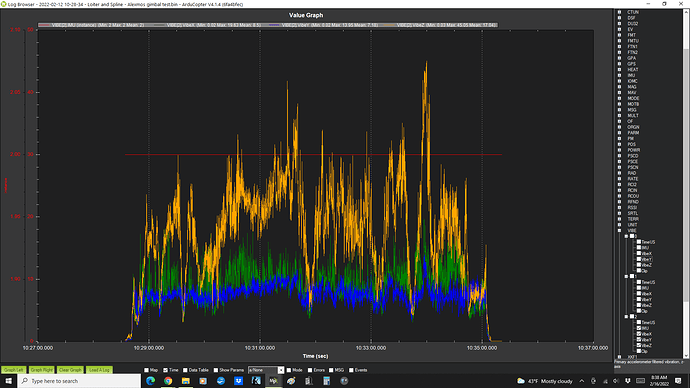 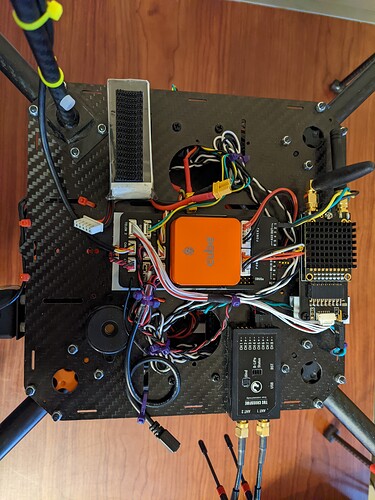