Hi there!
Is it possible to control the flight via the normal Tx/Rx radio control and at the same time use a USB joystick to control some AUX channels??? I do not need these channels to be controlled from the normal RC, just for a second person operate the payload.
Of course via Mission Planner with a telemetry link to the vehicle.

In theory, yes, but I have not tried this personally

Thanks! I know the wiki…
The problem is that I can control ailerons, elevators or any other specific control surface or motor but when I set a servo as passthrough, it doesn’t move at all… and I can’t find the way.

Pass through is pass through from RC, it won’t accept input from a GCS. This is by design, and the correct way

I have managed to get it to work in the past. It isn’t easy as I’ve tried to repeat that success without much luck recently. The ability to operate a second device on an vehicle via a second joystick is increasingly important. There is pressure on the Herelink guys now to add a small joystick for camera control. It’s a critical function requirement in the drone world and DJI has understood this and builds that functionality into their controllers. So… with the need understood… and the demand placed here and now… then with the Cube orange and Mission Planner… if they can function with joystick commands sent to primary channel outputs on channels 1 through 4 to use for flight control… via rc passthrough, then why not on aux channels or channels 5 through 8 ? Who, how or where does this get validation and resolution?

The ability to operate a second device on an vehicle via a second joystick is increasingly important.

This is now possible. Try to toggle the dual cont button in Herelink Settings App > Joystick. 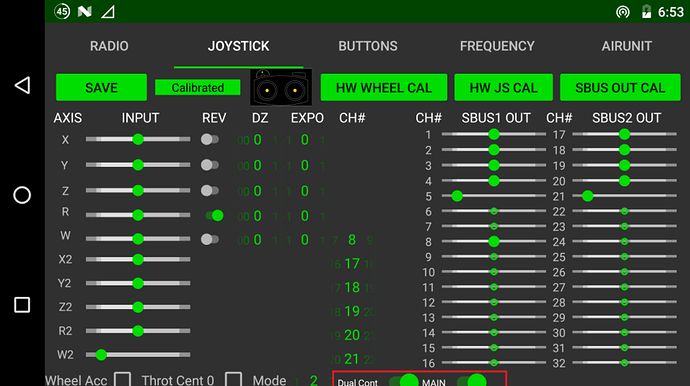 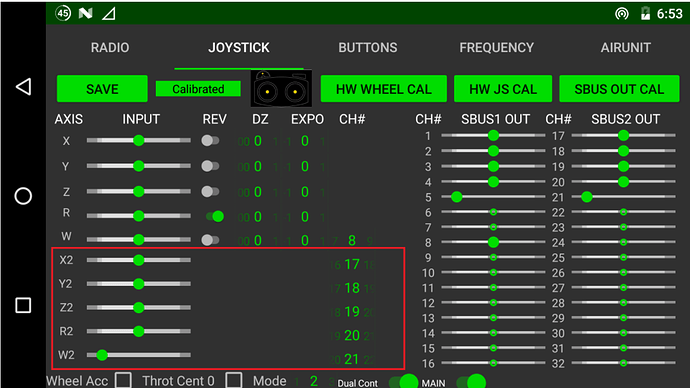