I am having what I believe to be a problem updating/downloading maps in Solex TX on Herelink. First, to ensure I had not corrupted something in the software, I have re-flashed the Herelink and repeated the setup from scratch. The problem symptoms did not change.

The initial downloaded version number on the System Updates screen was FRU01200409. I assume this was “pre-stable”?

The wireless downloaded update version is SRU01200616. I assume this is the latest “stable” release?

As I launch Solex, I get a map, but it appears to be the default downloaded map cache that is part of the stable image that Herelink was updated to. That default map is of an area of the USA that is a few states away from me (I’m in Anderson, IN, about 35 miles NE of Indy). I can zoom down in that initial map area to an area of just a few houses, and while the image starts to appear a little soft/blurry, it maintains a clean clarity of image. If I back out the view so I can find Indy, then Anderson, and zoom into my location, once I zoom in just a little, the image gets a dull overlay/overcast over it. If I zoom out to a wider map view to show much more area of Indiana, the dull overlay will disappear and I have the normal clear and crisp map image. As I am doing this after connecting and launching Solex, after a few seconds of what appears to be attempting to update the map, I get an error pop-up that reads:

“Error getting map data. Unable to initialize the Mapbox map. You may need to ensure you can download map data.”

I have verified I’m connected to a 5GHz wireless network. I know the Herelink is capable of receiving downloaded data as I have re-updated the firmware from scratch 2-3 times, updating over the 5GHz wireless each time. However, it appears I can’t download map data. At an absolute loss as to why.

If I click on the blue circle-i beside the word Mapbox in the lower-left corner, it brings up a box titled “Mapbox Maps SDK for Android”, and contains several hyperlinks in blue. If I click on the hyperlinks, I get a pop-up message stating:

Do I need to manually download and install a web browser after the firmware flash for the maps to be able to update?

I know Solex uses Mapbox, and can be used to cache maps for an area where you will be flying without an internet connection by viewing that map area while on a network with internet access, but other than that, I can’t find much on Mapbox and it’s use within Solex. What am I missing here? It has to be something simply preventing a download of map data. Also keep in mind I am not Android savvy yet.

Ready for update
Current version: SRU01200616
You are on the Beta Channel

Nothing appeared to download on the brief progress bar it displayed.

How do I get the most recent Beta version on the Herelink?

I always try not to be the guy who just asks and never tries to help himself or use the docs before bothering others, but I’ve been working this entire three-day weekend on this setup and configuration trying to get ready for a maiden test flight. But, if I’ve got a problem in my flight control software, I want it fixed, or at least understood, before even thinking about flight. Right now, I’m at my wits end. I’m just plain missing something, and need help discovering what that is.

Can you help on this one.

Sorry to hear about the issues download Mapbox data. Testing it here, I turned on the WiFi tether on my phone (the only 5GHz network I have access to here), connected the HereLink’s WiFi to the exposed SSID, opened Solex, opened the map view, and I’m able to pan and zoom out so there are tiles missing. They fill in within seconds, and I’m able to zoom in on any area and have the tiles fill in within 1-2 seconds.

That’s way it’s supposed to work. As for why it’s not working that way on your HereLink, that’s a bit of a mystery. It does sound as though you have a valid connection, but the symptom you describe sounds an awful lot like a connection that isn’t working.

One thing I would suggest as a way of validating the connection is to open QGC and see what it does with map tiles. If it’s able to download tiles and Solex isn’t, then it suggests something wrong with the Solex build on your HereLink. I’ve verified that it’s working here on both the release and debug builds, for what it’s worth.

Thank you, Kelly. I agree that it is very probably a failure of the system to get the map data downloaded through my particular network connection. I keep coming back to the message, as simple as it is, telling me to ensure I can download map data. Most of the time, it really is what the error message is telling us. My home network is an Xfinity network by Comcast that I recently changed over to, so I’m not as fluent on it. I can’t help but feel I could still have some sort of firewall blockage for some unknown reason. However, I did test it by going to another property I have with an AT&T network (5GHz, of course). Behaved the same way… just isn’t downloading the tiles as expected.

I’ll keep on it from this end suspecting a network connection. What was the message about needing a web browser telling us? Also… it didn’t seem to download the Beta version like I was expecting. Am I correct in believing I should have seen it download the Beta software, then update to show current version went to ARU02200723? If that is what should have happened, that also points to something not downloading as it should have. More suspicion of my network. Just don’t know why yet.

Please advise how I get Beta on my Herelink.

It does look to be a network issue of some kind as you have covers everything that would usually cause it.

Try on a mobile phone tether if you can and see how it behaves.

After much time on this, I am going to say I think the maps ARE updating/downloading into Solex TX. The two biggest things that made me think they weren’t was the degraded image quality of the maps over a certain region when zooming in on ground detail, and the error message telling me it couldn’t initialize the Mapbox maps.

I further tested the functionality by turning off the networking, then panning over to California, where I had not been yet while connected to the network, so I knew those map tiles could not have been cached. I tried to drill down to street level, and it blurred-out and couldn’t load a clean street level view. I then went back onto my 5GHz network and repeated the drill down to street level in California, and it loaded the tiles and provided a clear map view at the street level. That tends to make me think it’s working. I guess the dull overlay of my area on the map is just really bad satellite imagery, and not the map tiles failing to finish updating to the clearer picture. I simply have no idea what the error message is being triggered by or what to do about it. I do know that if I boot up and connect to the aircraft, I get the error. If I boot up and don’t connect to the aircraft, it seems I don’t get that error. I’ve included a couple videos to show what I’m seeing.

I don’t know whether to feel ignorant, or just plain stupid. I’d really like to know what is up with the error message about initializing Mapbox maps.

this is because this range is used internally on herelink. so when wifi is connected in this range it causes a conflict. 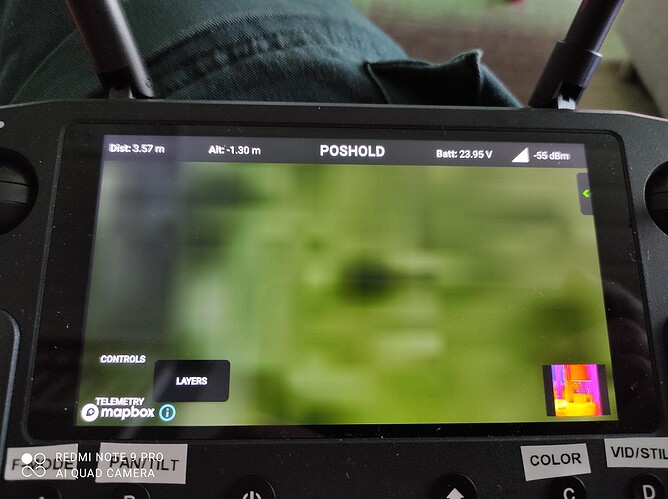 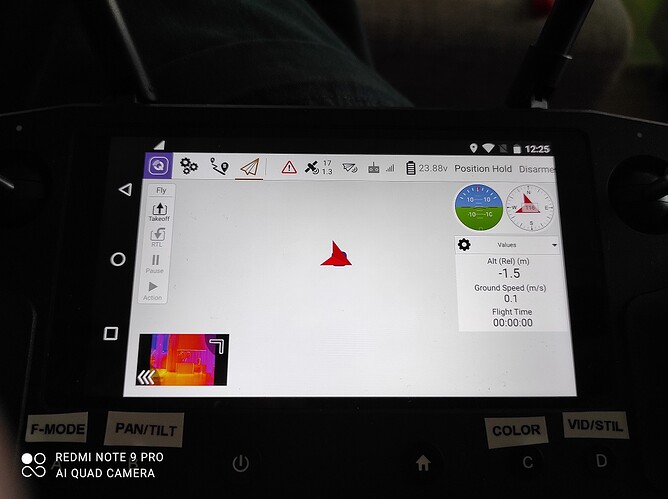 I had read about the possible internal network conflict when on a local 192.168.0.x subnet, so I had verified that my local 5GHz wireless uses a 10.0.0.x subnet.

I know that immediately before the Mapbox initialize error displayed, I would get an error that reads “Unable to stream video: DESCRIBE request failed with code 404” if I connected to the aircraft in Solex TX without any camera input on HDMI 0 or HDMI 1. I connected a GoPro HERO4 and got video on Camera 0 and that 404 code stopped popping up, but I still got the Mapbox initialize error. Didn’t think the errors were related, but wanted to be sure.