Hey. I only use solex. Solex downloads the data before the flight, but the connection lost during the flight. I reset Herelink and updated new FW again. It did not help. Are there any instructions? Thank you
Picture: 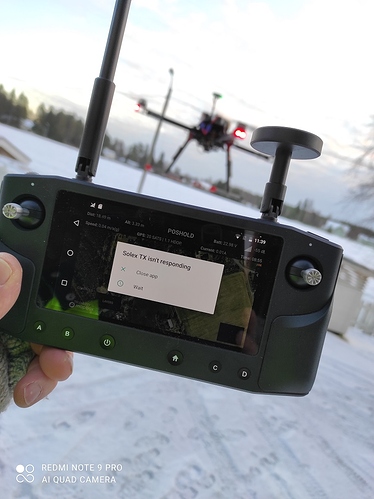 Did you have the QGC running in background during the flight? It may causes some problem.

Also, how did you re-update the firmware? Did you do it via computer or OTA?

QGC is also in herelink but I don`t open it. I open only solex. Do I have to delete QGS ? Update: Setting- backup & reset and again this: https://docs.cubepilot.org/user-guides/herelink/herelink-user-guides/upgrading-firmware.

You don’t need to completely uninstall QGC.
Did the problem appear again since you re-install the firmware on Herelink?

Okey. I re-updated both. The problem did not go away. Solex still shuts down. Works for about 10 min and then connection off. 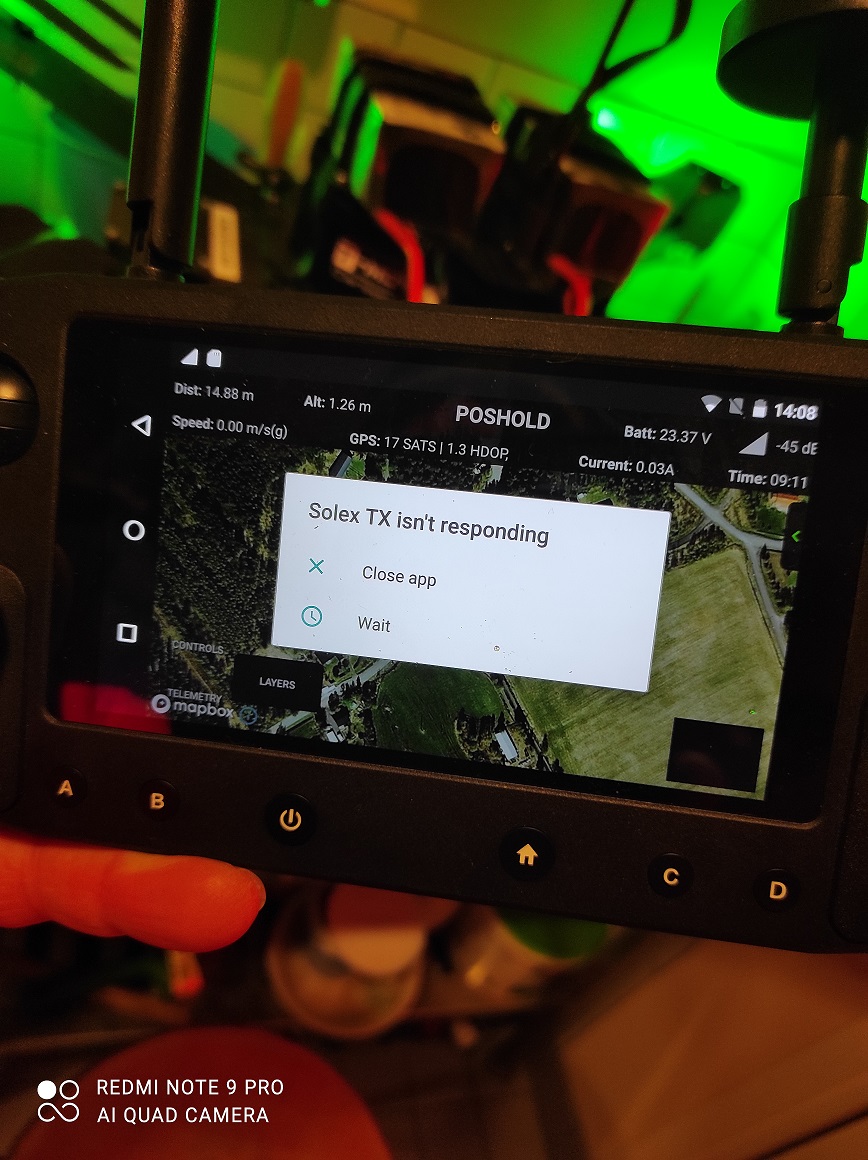 Can you go to the software update app and check which release you are currently at?

Solex downloads the data before the flight, but the connection lost during the flight. I reset Herelink and updated new FW again. It did not help. Are there any instructions? Thank you
Picture:

I have the same problem! Any solution? 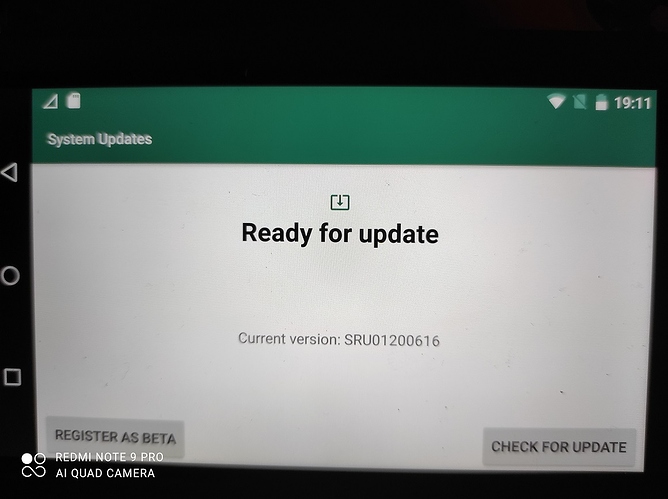 …and generate a bug report when it does this the next time? I’m not seeing that issue here, so any clues about how to reproduce it will definitely help.

Can you see anything from this:

Here’s another. 4-5 flights and every time solex stopped.

Cool, thanks. I can’t remember if I replied to this already, but I’m replying now.

Somehow, this is the first I’ve seen this issue reported. I’ll investigate why Solex TX is hanging like that. This just happens after several minutes of normal flying, I take it?

The original poster moved on, though I did talk to him. So to answer your question, yes that I what he was witnessing. I was witnessing the exact same thing in both 1.0.4 and 1.0.5.

Yes, that’s what you mentioned in the thread of Facebook posts.

I’m fairly certain I found an issue related to a problem occurring after several minutes of flying, though it didn’t manifest as an ANR. Rather, it was an issue with Mapbox and marker rotation. I switched to using Mapbox’s “SymbolLayer” feature to rotate markers, which solved the problem. Prior to that, I could reliably see the map view shut down completely after about 15 minutes on the map. As of now, it can sit for hours updating the vehicle marker’s location and rotation the whole time. with no issue.

Good news Kelly. Question though, the issue you solved would not have caused a “Solex Tx isn’t responding” event would it?