I just received my sponsorship of a CubeOrange and a Here3 GNSS. I am an Engineering student from India,and my project is to come out with a system to reduce the crime rate.
I intend to build an endurance drone of at least 30 mins flight time, a drone that is controllable over the internet. And this drone reaching a destination location no sooner an emergency is triggered.Route through air is a straight line and faster than roadways of Traffic in India.
I have managed to achieve a part of it where I can control it over 4G and 5G platforms.
At present I aim to make it capable of obstacle avoidance and path finding to make it more autonomous.
I have started understanding ROS, dronekit for the same. Here is my youtube link of controlling a drone over the internet -
I am yet to test fly it post covid lockdown - Controlling my drone over the internet! - YouTube
I will keep this post updated as I progress.

Today there was a National level hackathon conducted in which we managed to put the cube orange to use. Cube orange with here3 GNSS is indeed a marvellous system! I was literally able to write a little piece of code to do waypoint navigation using dronekit. I tested out its precision indoors, and it worked amazing!!! Our team did try making the rover move autonomously through pixel segmentation, but unfortunately there were huge delay issues as we had to stream videos over the internet! I so wish we could be sponsored by a herelink as well XD.

Anyways, do check out the output of video segmentation for obstacle avoidance here:

The video was not streamed but processed after recording…latency issues…

DO check out the github repo for the rover where dronekit was used. I have written down simple functions that accept speed and duration and the rover turns right,left or moves straight here. The code also has a function through which you could send in destination GPS coordinates and rover can move there. 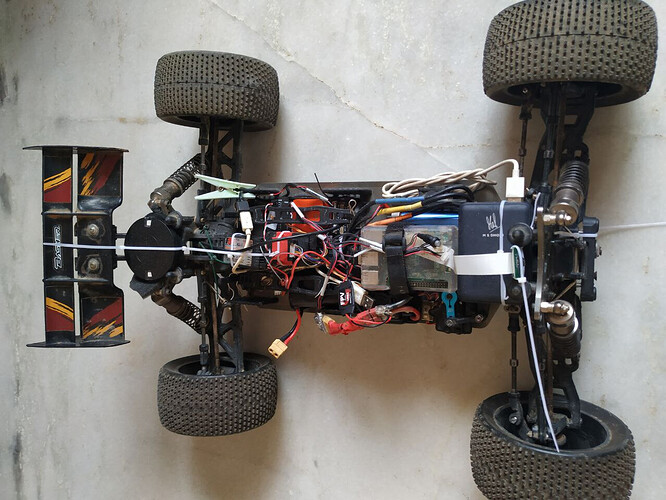