Hi All
Sorry to have to say, but I have put a temporary delay to the shipping of the next batch of HereLink modules. Hardware is good to go, but we have made significant changes to the whole software layer, and as such, I want to do a LOT more internal testing before releasing the next Beta firmware.

The good news, the next firmware will come with a bunch more features, including the ability to stream the video feed, and do mavlink passthrough. We have also passed the FCC testing!

Our core systems team will be handing over the next core firmware image to our applications team in 17 days… Then the applications team needs to ensure that Solex runs as expected on the new image, and we can get some testing internally on this.

Anyone watching the news at the moment will understand when I say, it is better to be grounded, wishing you were flying, than to be in the ground, wishing you hadn’t gone flying…

Those on the current Beta, please remember, you are flying a beta firmware… with the following known issues…

We look forward to sharing the new Beta 2 firmware later this month with the existing beta users, and assuming all are happy with the new firmware, we hope to start shipping to Beta2 customers shortly after. Hardware is ready to go.

I am sorry to hear about the delay. Disappointing as it is I prefer to know where things are and plan accordingly so thanks for the update and explanation.

As a proud owner of the Herelink system, I have say well done on producing such an RC system. But I am a bit lost about your post above. In the above post you say “Hardware is good to go” does this mean there is a hardware upgrade from the current Herelink system I own?

With any Beta, there is a risk that the hardware you purchase could be obsolete by the next version. That’s a risk. However, in this case, the hardware change is minor, but unfortunately caused us a big delay. The ONLY hardware change, is to give greater range to the gimbal tilt control. That’s it, nothing more.

This next batch is also a beta batch. So please only purchase this batch if you understand that Beta == risk! We do not guarantee that it is fit for any purpose whatsoever. You are agreeing to take a risk and test a new product.

Without Beta testers, we cannot do what we do.

Thank you for the reply Philip, I do understand what you are saying. But will you consider supporting the beta owners in the future and have some way of replacing the main board in your system so we are all be up to date with the changes, if the current owners are willing to pay for the upgrade? 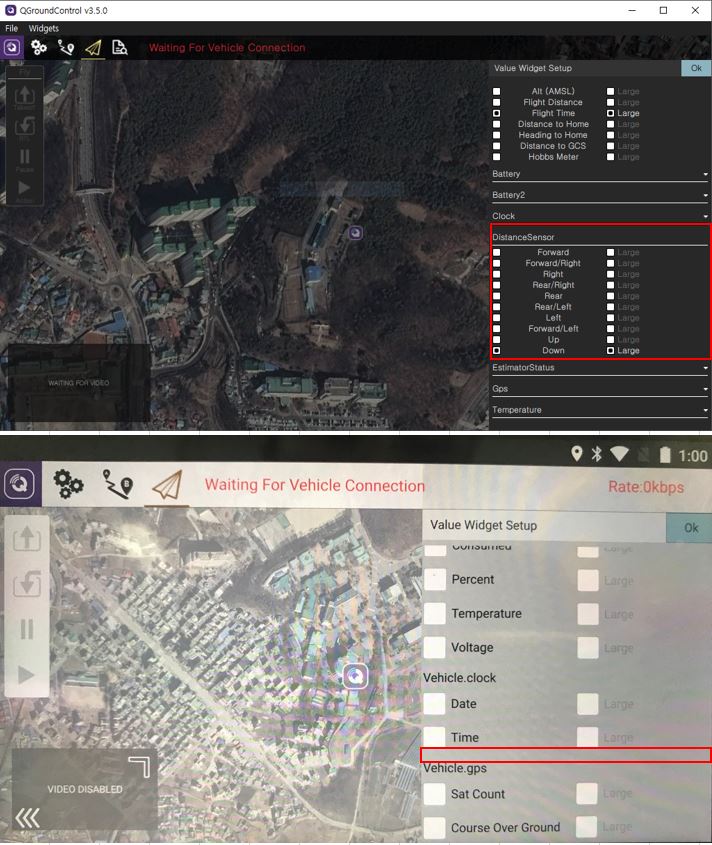 No, it doesn’t update QGC at all.

But it seperates out the control and QGC dependence.

Hopefully this will allow normal QGC to work soon

How do I update my herelink when the update is available?.

That will be provided at the time of the update

Thanks for the update on this, look forward to seeing it soon.

Good to see the gimbal tilt improved as well as this was a concern.

Is there any new about the new image release?
I’ve read everywhere, new image will come with Solex. Will be a way to load custom QGroundcontrol or to customize solex?
As a base from https://github.com/Herelink/qgroundcontrol

We will offer no support, and immediately invalidate any warranty etc if you run anything other than the issued Solex. That being said, we will not stop you from doing it.

The exception from us not stopping people, will be if any customers try and blame us when they hack the system etc… we don’t change enough to put up with that sort of crap.

So hack away, but take responsibility for doing it…

Good news is… hardware is built!

It’s all down to the firmware team now

Can you confirm only the wheel control has been modified. Will both the beta and new hardware have all the same functions in solex?

All firmware will be the same, only the gimbal wheel has changed, all HereLink’s will behave the same.

If I place an order with proficnc today, am I guaranteed a unit when the next batch is ready? I’m in the US and although there are places stateside to order from I just want the fastest possible delivery timetable.

Fastest possible delivery will be with your closest retailer. At least that was what happened with original cube beta. Ordered from both got the one from retailer first

Are you in the US? Who do you recommend?

ProfiCNC site is wholesale only.

Order from your local distributor, check with them if they have reserved stock. First come first serve

I totally understand what you mean, but in some cases we implemented specifics functions, which will not be integrated on Solex. The question would be, do we get access through hotspot to the mavlink stream and video stream over udp?