Our Flir VUE PRO camera is not working with Herelink. I am using the camera with a video and power module adapter provided by Flir which outputs 1280 * 720P 60Hz video feed.

What HDMI formats is the Herelink system compatible with? Is there any way to configure the format?

Follow the instructions on the WIRIS discussion, let us know if that works

@Abhishek
the flir video output is analog and you need an AV-HDMI converter to get a video from herelink … i did it and it work good ,but there is a problem which is the converter is big and heavy

Flir Vue pro is working with the new firmware as mentioned by you. Thankyou @philip and @Michael_Oborne.

My only concerns now are that I was about to ship out a new batch of drones with Herelinks, however, after changing this beta release on Air Unit, I’ll have to retest my system. Can you give me some idea on the stability of this new firmware? Also if you can mention the change log that I can test the features accordingly.

the only change in the firmware is for the video negotiation, nothing else changed

Yes. The FLIR VUE will work with a Composit to HDMI converter. You can by them on amazon for $20. I’m using the same setup and it works fine. Only drawback is the cabling and size of the box.

I am not able to see the video stream from my Flir Vue Pro using the Flir power and video module. Any help would be greatly appreciated.

Please describe how you were able to get your Flir Vue Pro with the power and HDMI module installed working with HereLink. I have the exact same setup, but I’m not having any luck. I need for this to work. Thank you! 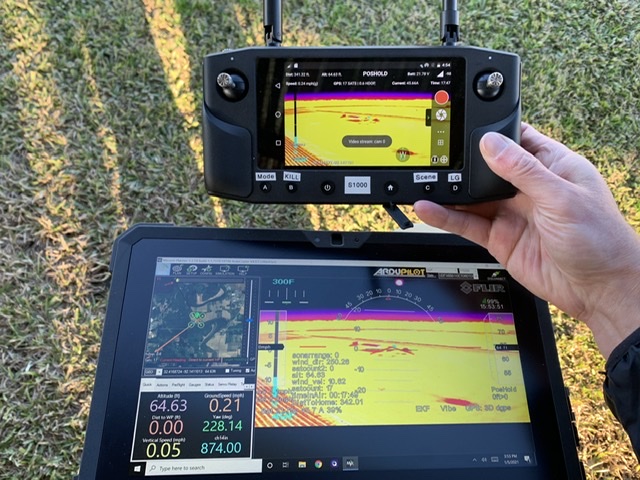 Hi, what converter did you use?

Hello, I have the latest firmware installed in my ground unit, and I have installed the above-mentioned firmware in the air unit ( the one @Michael_Oborne has put into the drive folder). Still, I am unable to get the stream on herelink.

I tried multiple things (plugging in HDMI 1 or 2, changing settings to 1080, 720p) but found no luck. Anyone, please help

Im using this converter and works great with the flir vue pro
https://www.amazon.com/CIMPLE-CO-Converter-Composite-Red-White-Yellow/dp/B0771TSGVC

Thanks @RoboMotic for the reply,
I am trying to get this done without the video converter
Because of the following reasons

You can try this one
https://www.flir-direct.com/product/flir-4206334-vue-pro-hdmi-converter-for-vue-pro-thermal-cameras

I bought one time ago, but didnt work at all, even with a TV. May be mine was broken.

Yes, @RoboMotic , this is what I am already using, I have tested this one only on TV (and its working fine) but no luck with herelink

Also, I need to mention that, I tried beta firmware also, but no luck. I also tried switching analog outputs from NTSC to PAL from the flir app but not result. Is there anything I can try ?