Hello!
I tested the herelink a few days ago (ootb firmware) through a very populated urban area, with a bit of elevation change. The source video was from a computer. The transmitted lag was about 120 msec, and we were impressed with the quality (shout-out to proficnc and hex for making one of the first high quality feature packed hd fpv systems). We were able to achieve about a mile and a half of range, which is reasonable considering the amount of blockage to any kind of LOS.

As a few people mentioned that the Flir Vue Pro HDMI module (built for lightbridge/solo) did not work, I began testing a few alternative modules today. In addition, I was going to update to the latest firmware; however, we’ve run into an issue - suddenly the air unit seems to have powered off. The air unit was being powered by a regulated 5v supply, and the air unit was roughly room temperature, so it’s not a overheating or power issue.
Anyone have ideas?
While I am still open to discussion, I just tested the air unit with a 2s battery I had around, and it is working properly. A multimeter showed the voltage on that bus occasionally dipping to 4.8v so I suspect the supply may have a failed regulator. An oscilloscope will tell. Stay tuned for analog to HDMI converter test results.

Update:
I have tested these two converters and can confirm they work as expected.

Update:
After some testing (to no avail) I think I have determined why the Xiaomi Yi action cams do not work with the HereLink. Regardless of what resolution and standard (NTSC/PAL) you set them to, they only output 1080i on the live feed. this may be possibly fixed by a firmware hack

Update:
I ended up using the AuviPal converter (second link) because it, when disassembled has a much smaller PCB (weighing in at 7g). Picture is in the thread below.

@philip Do you know what impedance and series the antenna connectors are for the ground unit? I would like to get some extension cables for the antennas as the position we are likely to have the herelink in is not optimal for LOS with the drone.

Connector is mentioned in the manual, unfortunately I don’t have that with me right now

I recall it saying that the air unit used MMCX, but I don’t think it mentioned the connector for the ground unit. They look like Mini BNC/ High Density BNC but I think those are only available in 75ohm. If you can check whenever it is convenient for you, I’d appreciate it.

Hi, we have tested an av to hdmi converter the same as your first link to “CIMPLE CO” unit. It seems to come in many brands and colors. You have to be carefull when ordering one as the same unit comes in different configurations…eg you can easily select an HDMI to AV instead of the other way around…
I thought the herelink air unit was supposed to run on 12v?

I thought the herelink air unit was supposed to run on 12v?

Hi,
Sorry for my ignorance, what’s the meaning of ‘ootb’ firmware? As I’m using the latest firmware and not able to get the Herelink’s lag lower than 230ms. Any advice on how I could achieve 120ms like yours. Thank you.

OOTB means just Out of the box

Google very often can help and answer immediately, why markice don’t you ask it, as first attempt?

For those wondering, here is the image of the disassembled converter: 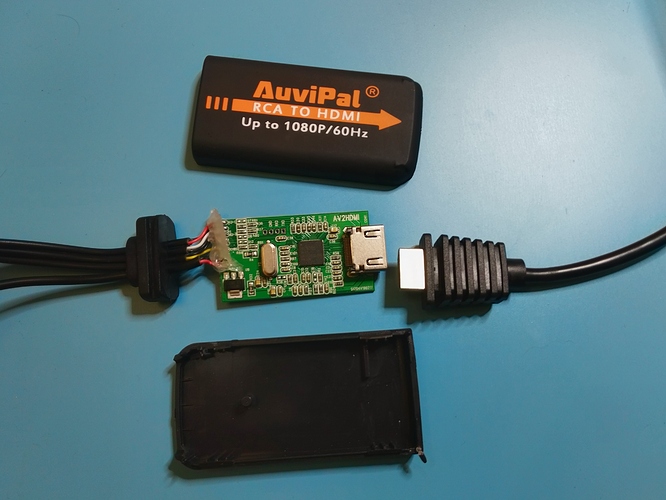 Mark, are you including the camera’s latency in that measurement?

@philip Were you able to check on the ground unit RF connector type (see my earlier reply)?

What the chip reference?

Don’t remember off the top of my head, I took some high-res images of the PCB I will post.
Edit: @Julien here is the image: 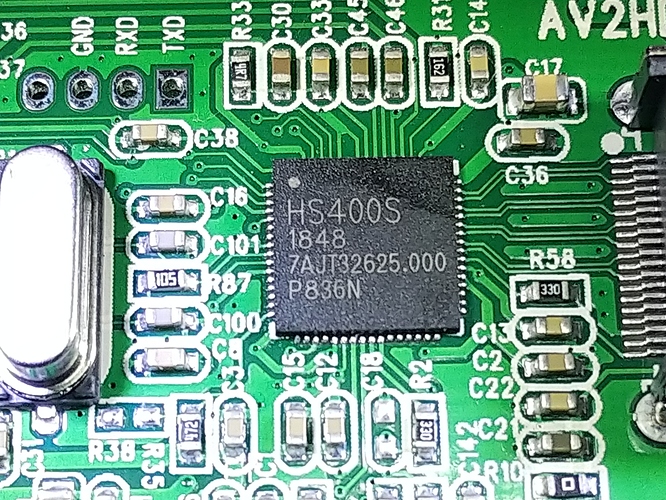 Thanks, I have some cables on order. I appreciate you taking the time to answer that.