I was always planning to get one of these from Beta 2 batch and I see they were available now. They would be ideal for medium range HD FPV planes. I was literally about to press the BUY button when I thought I had better check if they had an HDMI out port – I thought how could they not! Professional videographers/photographers want this. DJI provides this most of their controllers (as an option) and as standard feature in their Smart Controller.

So now that I know they do not have said feature can someone from ProfiCNC explain a practical solution to get this working with Fatshark HDOs? I do have a mirroring dongle but I did not like this solution. It added more latency when I used it with a Parrot Disco. And it added clutter to my setup (as I needed a battery pack to power it) which defeats the purpose. I would still buy one but only if there was a practical solution to connect to HDOs.

I think it was a mistake to omit the HDMI port. To me that is a core Pro feature (even if I personally am using it for a hobby application). I am also a keen photographer and while I like my Mavic 2 I thought it would be nice to take a better camera aloft on my dormant Hexacopter.

HDMI our was not included on purpose. It’s not an omission, it’s a design decision.

HereLink is not designed for FPV, your eyes should be on your vehicle at all times.

As mentioned quite a few times, there are HDMI ground solutions in the works for professionals, but these do not involve having a dangerous cable impeding the operators controller.

While I appreciate that people can find alternative uses for HereLink, HereLink was designed as a professional ground station/controller/video link, not for FPV.

Fair enough. But my other use was for what you describe – I do prosumer AP and have several rigs that are essentially profession circa 2015/16 that have been replaced by a Mavic 2. I was wanting to hoist a bigger camera up again for still photography. Would want a better screen though so I will keep an eye on developments.

Just a point – even though the Herelink is not designed as an FPV controller if a solution existed to make it work with Fatshark HDOs I suspect people would use for this purpose! I do like to globetrot with smaller FPV planes and Herelink seems the most plausible solution I have seen thus far for those of us using Ardupilot. So if anyone here has figured at a screen cast solution that has tolerable latency then I hope you do not mind if we share it here. 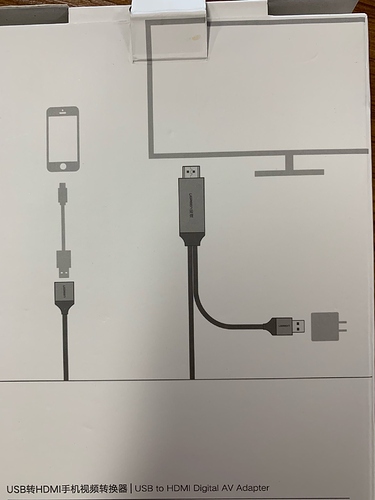 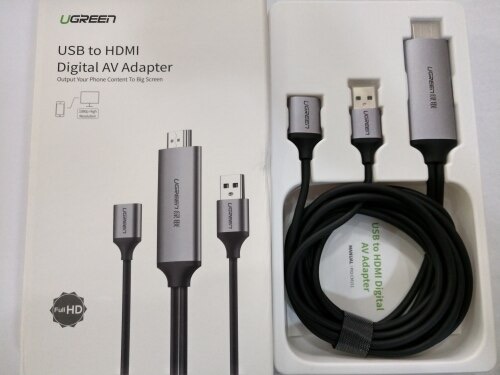 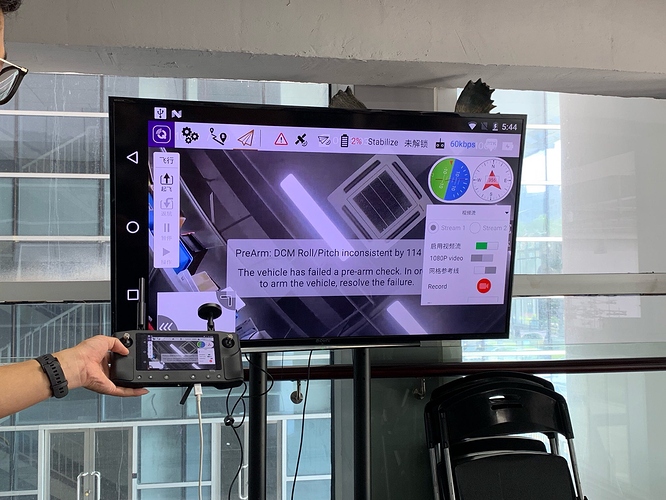 Much appreciated. Any idea how much latency this adds?

I have personally never tried it, and can’t promise anything regarding it…

I know it has been stated that there would be no hardware changes, but a usb type C instead of the micro B would the shiznit! Would be more robust, especially for digital video output. I’m loving the unit so far, but not digging using the fragile micro B for output.

How are you finding the video out thus far via USB? What total latency are you observing?

from what we can see, there is no latency. But, it should have a little bit.

Best way to measure latency, is to film a high resolution timer with the air module so it shows on the HereLink screen, then with another camera, take a photo of both screens… the photo will show the time on all screens… you should see three times.

That is your glass to glass latency

Tried with a generic usb c to hdmi for samsung with micro B adapter, but doesn’t work. No ugreen models like one pictured found stateside. Just ordered older generic micro B to try. Really need to output stream to LiveU 4G, unless better solution.

Hi,
did you find the solution ?
Pascal

Tried several others with no luck. Thinking slimport device may be worth a try.